Welcome to Issue 79 of the SUPERIOR BOOK PRODUCTIONS newsletter!

In the last newsletter, I promised to tell you where I was going on vacation in September. I kept it a secret until now because it is very appropriate for Halloween. 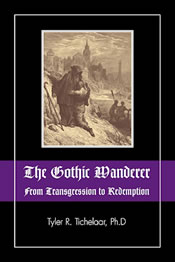 As many of you know, I am a lover of the Gothic novel and am the author of The Gothic Wanderer: From Transgression to Redemption about the history of the Gothic novel. The most famous Gothic novel is Dracula and I have long been enamored with it, so I decided to go to Romania to explore all the places there associated with Dracula. You can read all about my Dracula quest on my Gothic Wanderer blog at:
https://thegothicwanderer.wordpress.com/2019/10/08/touring-romania-land-of-dracula/.

Below are some wonderful books I’ve had the privilege to be involved with bringing to publication. The first is a Zombie novel sequel for the Halloween enthusiasts. The rest are not scary, but every one is well worth reading, so I hope you enjoy them.

The Reading Mother
by
Strickland Gillilan

I had a mother who read to me
Sagas of pirates who scoured the sea,
Cutlasses clenched in their yellow teeth,
“Blackbirds” stowed in the hold beneath.

I had a mother who read me lays
Of ancient and gallant and golden days:
Stories of Marmion and Ivanhoe,
Which every boy has a right to know.

I had a mother who read me tales
Of Gelert the hound of the hills of Wales,
True to his trust till his tragic death,
Faithfulness blent with his final breath.

I had a mother who read me things
That wholesome life to the boy heart brings—
Stories that stir with an upward touch,
Oh, that each mother of boys were such!

You may have tangible wealth untold:
Caskets of jewels and coffers of gold.
Richer than I you can never be—
I had a mother who read to me.

The opening scene proves that Volante knows how to pack a real punch into her storyline. In both of her zombie novels, there is never a dull moment. Even when her characters aren’t busy fighting zombies, they are occupied with strategizing how to protect themselves from the Living Dead or from other humans who would take what is theirs.

In the first novel, readers watched how Lacey and her friends escaped a hospital when the zombie epidemic began. We watched them reach safety, find other survivors, and establish a small community in a gated compound. However, their survival requires venturing out from their compound to find food, clothes, and other necessities, and on one such venture, while they are harvesting food from a nearby garden, Lucy, one of the few children among the survivors, ends up in a bone-chilling situation where she is about to become the LDs’ lunch.

I won’t give away what happens in this opening scene, but I will say that adjusting to this new normal is not easy for any of the characters, especially the children.

To read more, visit After the World Flipped.

Scott Scantlin’s new book The Relevance Gap is a much-needed aid for anyone who wants to make sure they won’t be left behind as we move into the third decade of the twenty-first century and beyond.

Scantlin begins by defining the relevance gap as “the distance between where you are and the speed of the world changing around you.” If we don’t keep up with how the world is changing around us, we will be left behind. For most of us, that means staying on top of ever-changing technology, but it is more than that. It is realizing the skills you already have that you can evolve and use to stay relevant as the world changes around you. Scantlin once asked his ninety-four-year-old grandmother what her secret was and she replied, “Stay away from senior living facilities and never stop moving. When you stop moving, you die!” Scantlin reminds us that the same is true in our career—we are either expanding or contracting; there is no in between.

Scantlin spends considerable time discussing how the world is changing and how the younger generations are driving that change. He discusses how Millennials and Gen Z, unlike earlier generations of consumers, are not driven by survival or the need for extreme wealth, but rather, they want to belong to a community and make a difference in the world.

Jerome Midgette’s Understanding the Reason God Made Man is a book every Christian will want to read. As someone who has read the Bible numerous times and been studying it since childhood, I was blown away by some of the information in this book I had not fully understood before. I didn’t expect I’d find anything new in this book, and yet time and again, I was surprised or felt points had been clarified about God and his purpose that had never seemed quite clear to me. Anyone, believer or scholar, who wants a better understanding of the Bible will want to read this book. As Midgette states early in the book’s beginning, “it should be the most imperative quest of every human being: to know who we are, from where we originated, and why.”

First and foremost, Midgette emphasizes what many Christians have forgotten: We are at war. Long before the creation of the earth, Satan and his followers sought to overthrow God, and because they failed, they have ever since been plotting to destroy humanity because we are made in God’s image.

While this belief is not really news to most Christians, what I never fully understood before is that God created us as a direct result of Satan’s rebellion.

To read more, visit Understanding the Reason God Made Man.

Paige Elizabeth’s new book Leading an Intentional Life is a straightforward, refreshing, and at times, personal look at how to overcome your pain, defeat your resistance to positive change, and ultimately, find peace with yourself and those around you.

Paige does a fabulous job of getting right to the heart of the matter by not holding back in the honesty department. As a life coach, she has helped many clients change by making them realize their role in the equation to getting what they want. For example, early in the book, she talks about a client who described the perfect man she wanted to find. Paige replied, “So, you want a Ferrari? Can you drive a stick shift?” When the client didn’t understand, Paige added, “You want Mr. Perfect, but would you know how to react to his generosity? Would you be what he needed?”

Sometimes we are not ready for what we want. Drawing on psychology and the Law of Attraction, Paige explains that in order to become ready, we have to overcome our ego and its fear of change. Many things get in our way of leading an intentional life. One of them is focusing on what others want rather than what we want.

In The $2 American Dream: How One Tunisian Immigrant Succeeded as an Entrepreneur and You Can Too, Riadh Hamdi shares his life story of coming to the United States with only two dollars in his pocket and knowing only one word in English, “job.” Despite those limitations, he set out to create an amazing new life for himself. In a time when Americans are forgetting we are a nation of immigrants, Riadh Hamdi reminds us that the American Dream not only works but is alive and well for those who have the courage to pursue it.

Far more than an autobiography, The $2 American Dream is also a positive, uplifting book about having courage and perseverance while also learning to put life’s adversities in perspective. Hamdi shares his personal story of how he found the courage to start life over in the United States, how he relied upon the kindness of strangers, how he did not let naysayers stop him, how he embraced opportunity—from his first job cleaning bathrooms to becoming a restaurant manager, a security guard, a fitness instructor, and finally, a business owner—and how he was wise enough to learn lessons from those around him to help him become a better person.

John Gubbins’ new novel The American Fly Fishing Experience: Theodore Gordon: His Lost Flies and Last Sentiments is an enlightening and up-close-and-personal look at its title character, one of the major figures of fly fishing history, but also one who was largely secretive about his private life. Consequently, some details are missing in Gordon’s life, but Gubbins valiantly fills in the gaps. He also tells the story from Gordon’s viewpoint, placing us directly into the man’s thoughts so we understand his motivations, anxieties, and even some of his deepest secrets.

Gordon, who lived from 1854-1915, is best known for fishing the Catskill region of New York, although he fished throughout the United States. Because of his numerous magazine articles, Gordon became known as the “father of the American school of dry fly fishing.” He adapted English fly-fishing tackle and flies for American creeks and rivers. He even had his own private mail-order business where he made flies for various fishers. Here is where his cantankerous side comes in. Gubbins depicts Gordon as making flies for his customers, believing in the idea that the customer is always right because he knows his customers would never want the flies he makes for himself; he is content to be paid for making flies the way the customer wants them, even though he knows the flies he makes for himself are superior.

Want to be an editor yourself? Check out: